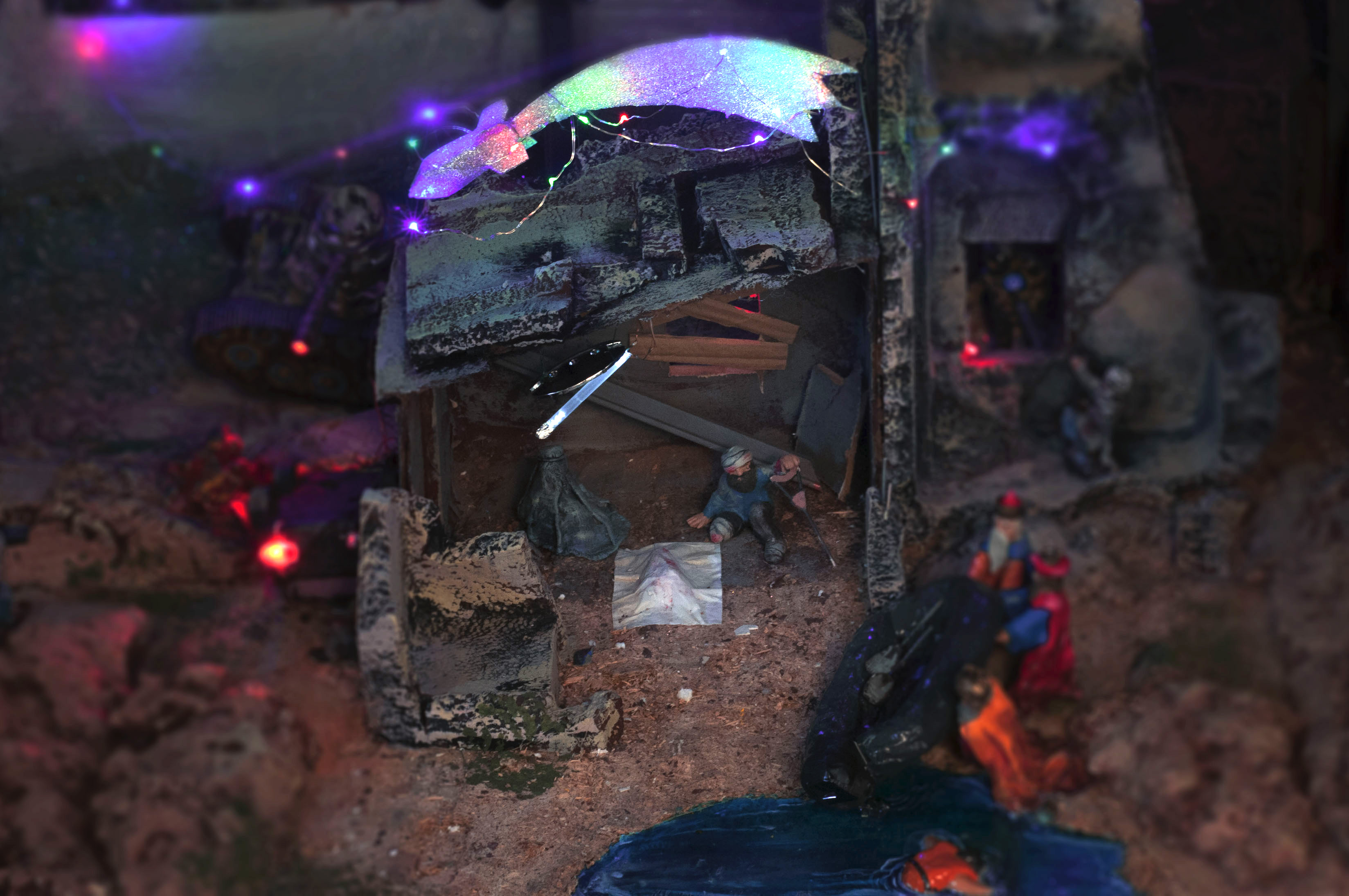 Little "presepe" installation made on christmas 2015 made with scrap pieces

This extempore artwork has been realized during Christmas 2015 and it takes inspiration from the event surrounding our actual time.
The “Presepe” is a traditional italian decoration representing the nativity. But often denaturalized and western look, with golden dresses and a blond Christ.
In this case I tried to give to it a modern, and sadly, a more real view of what nativity it would mean today, and so where we had the roman legionnaire now we have the “peace army”; Mary wear a total burqa; Joseph has been mutilated by a landmine.
The Magi are trying to go away via a rubber dinghy, there is noone to give presents anymore, the little body between Mary and Joseph has been covered. They aren’t been driven by a star but by a more bright and resounding comet bomb.
For this fast Presepe I used scrap materials such: old pieces of styrofoam for the destroyed buildings, bottles cups, old lights, iron wire and a distorted noisy chip took from an old wish card to complete the weird and gloomy atmosphere.
The “Presepe vivente” (living presepe) is a representation of the little presepe but with real persons, so I played with the meaning changing  it with “morente” (dying). 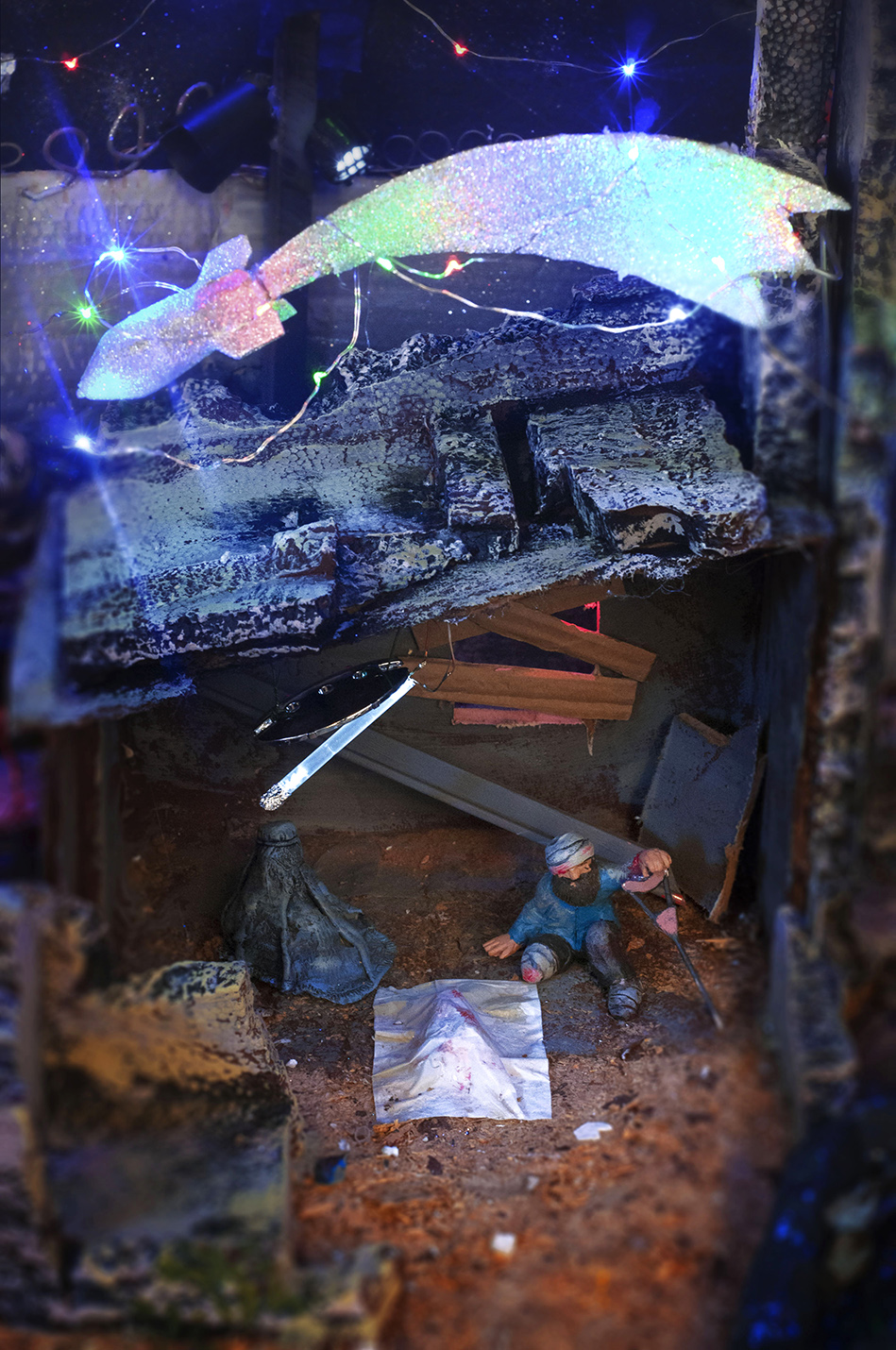 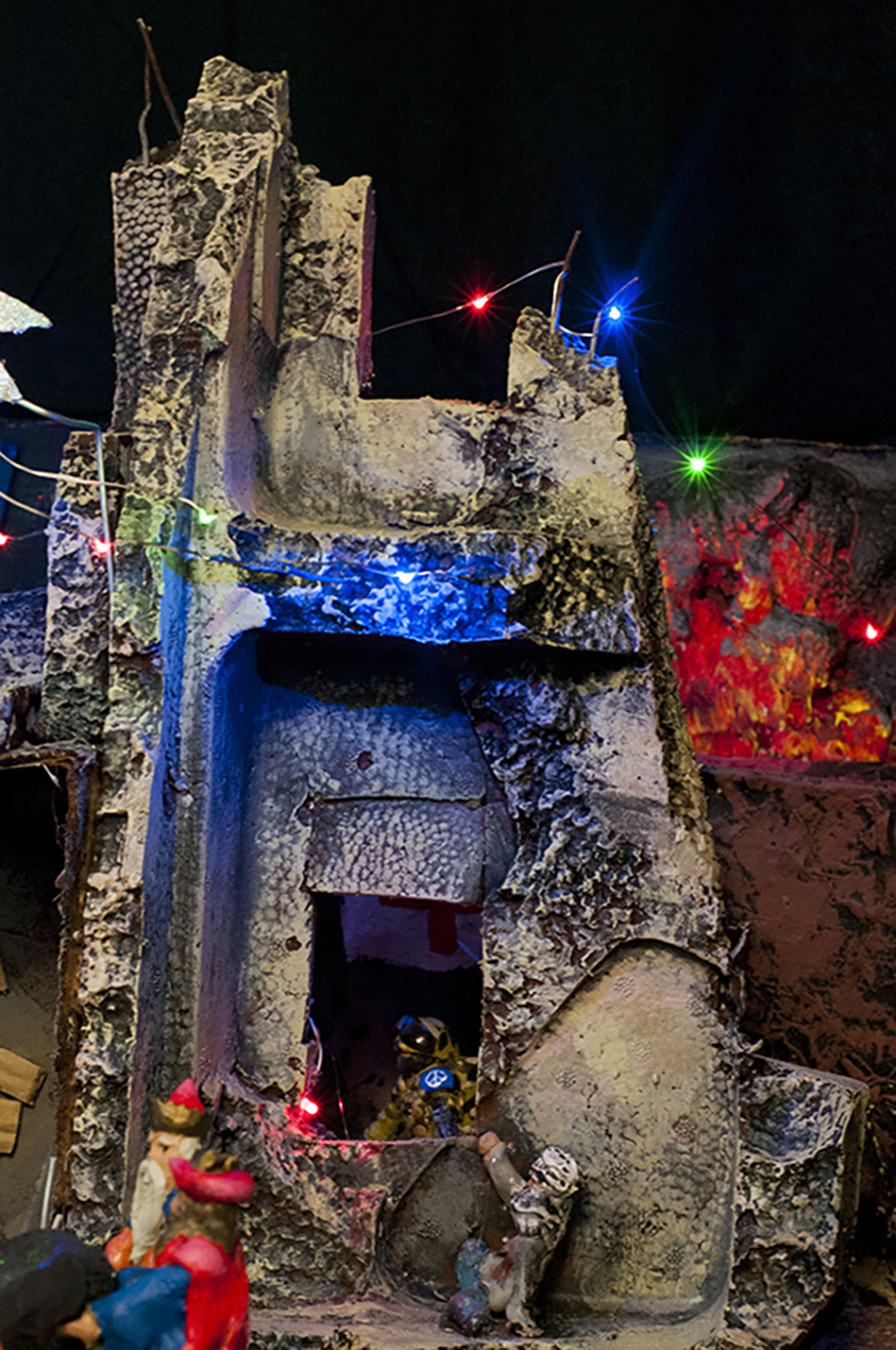 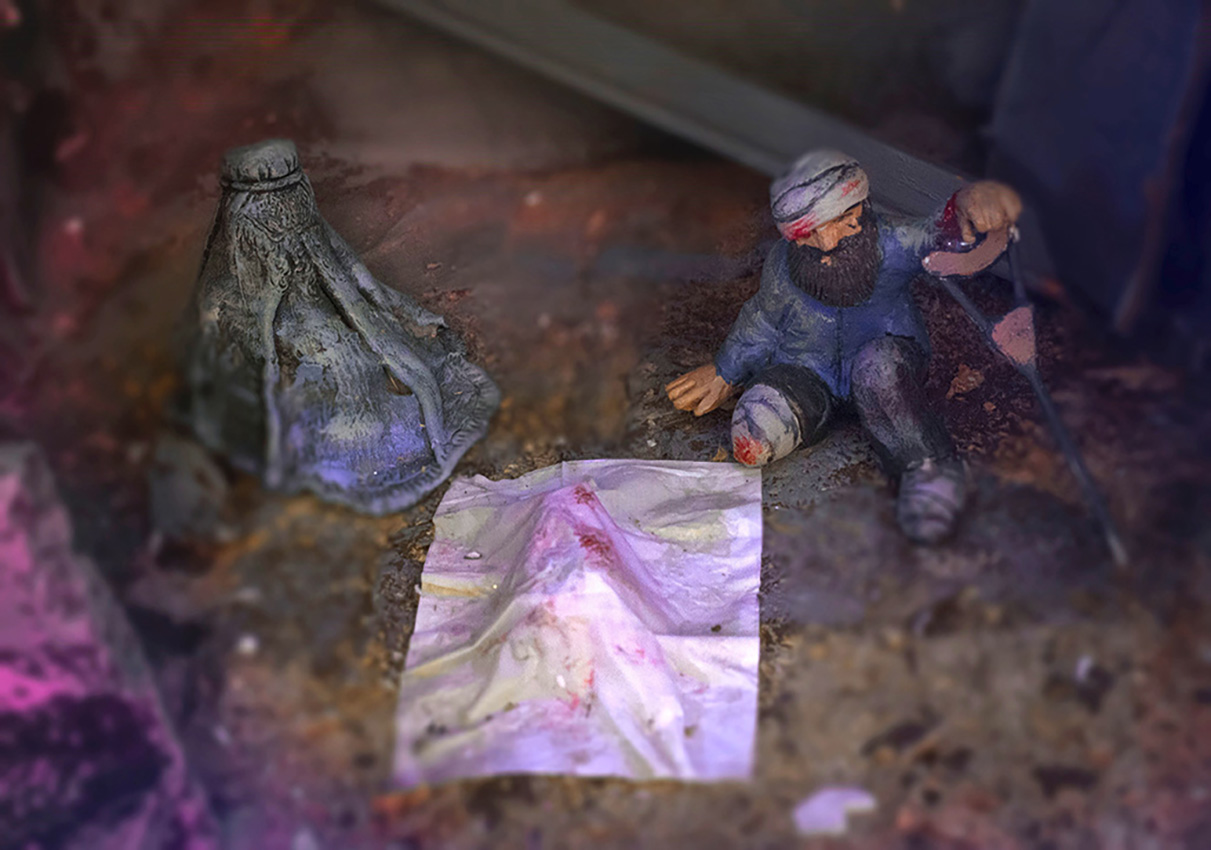 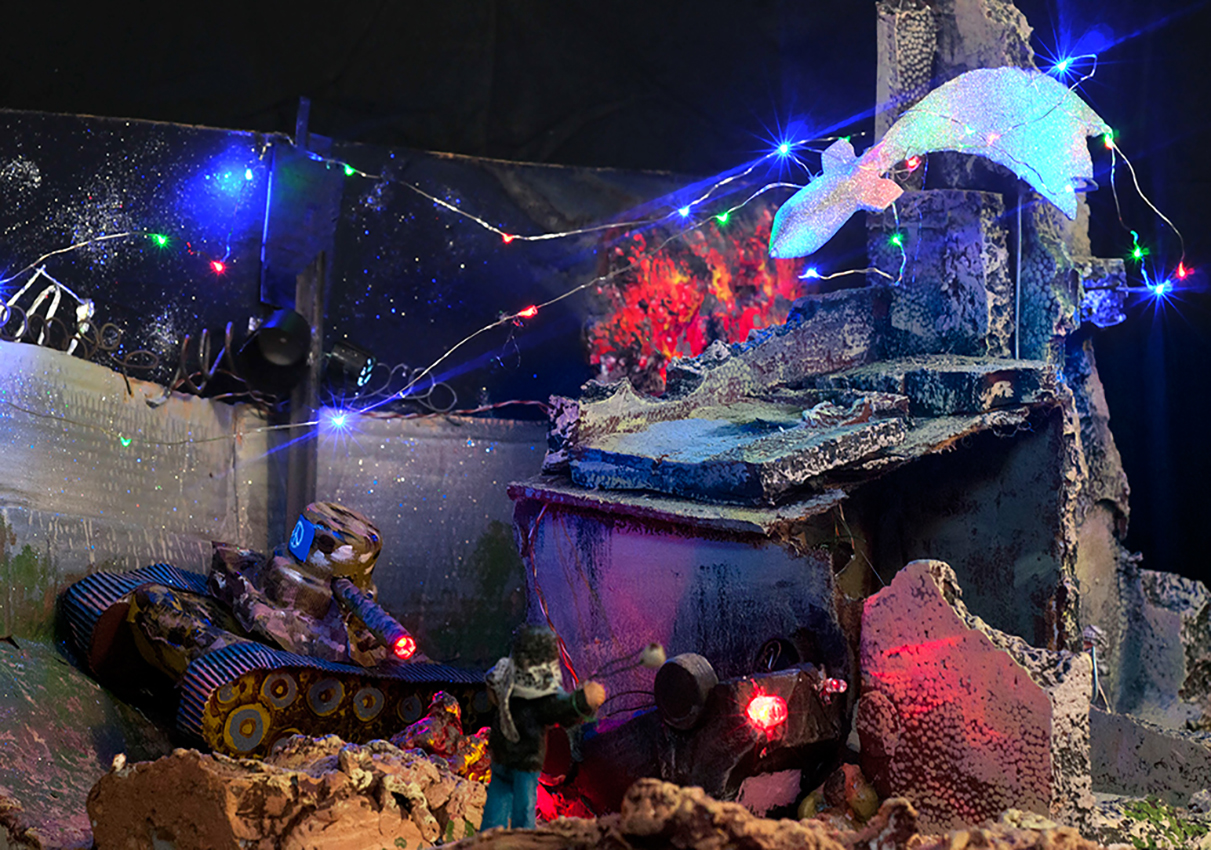 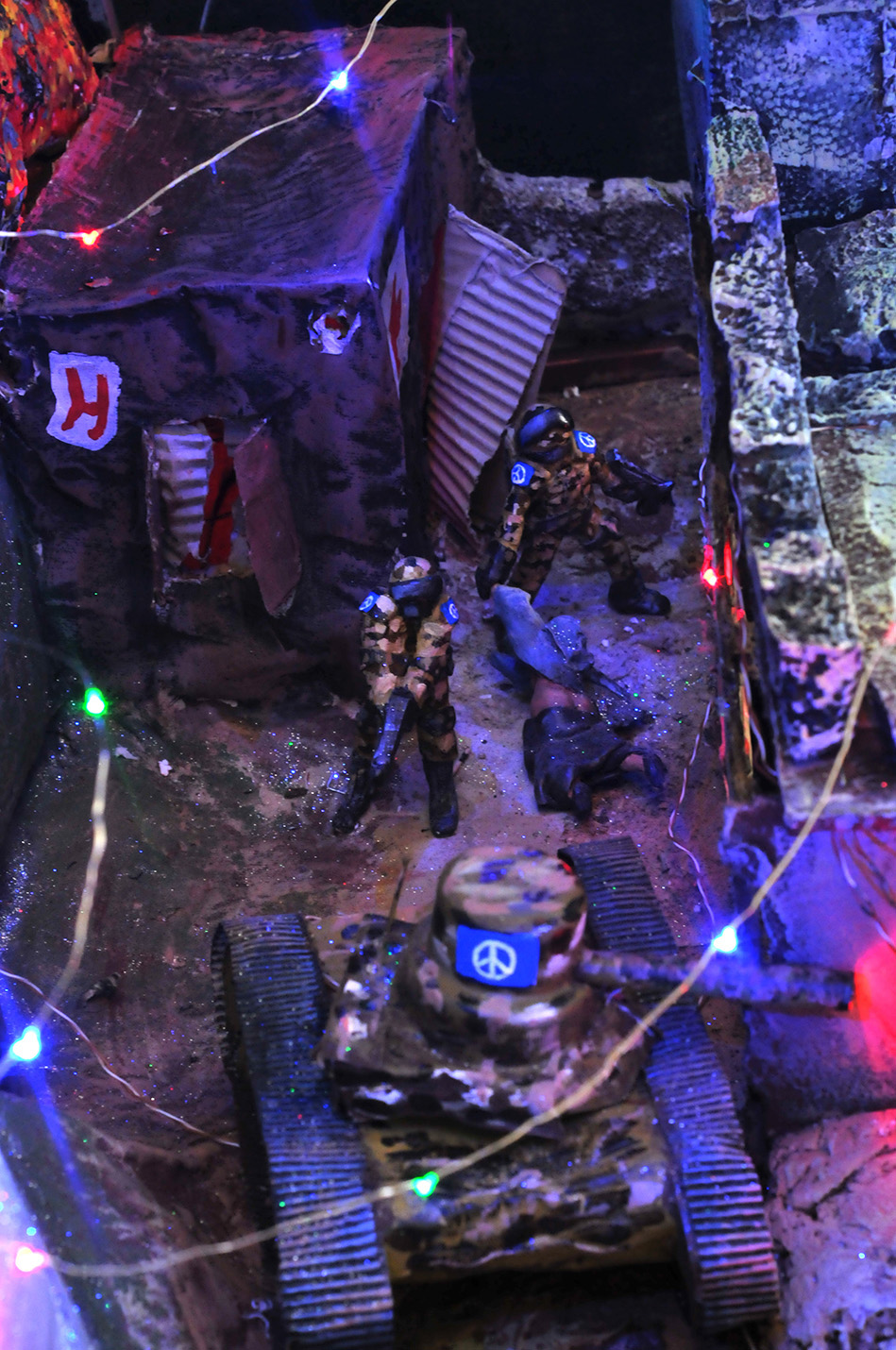 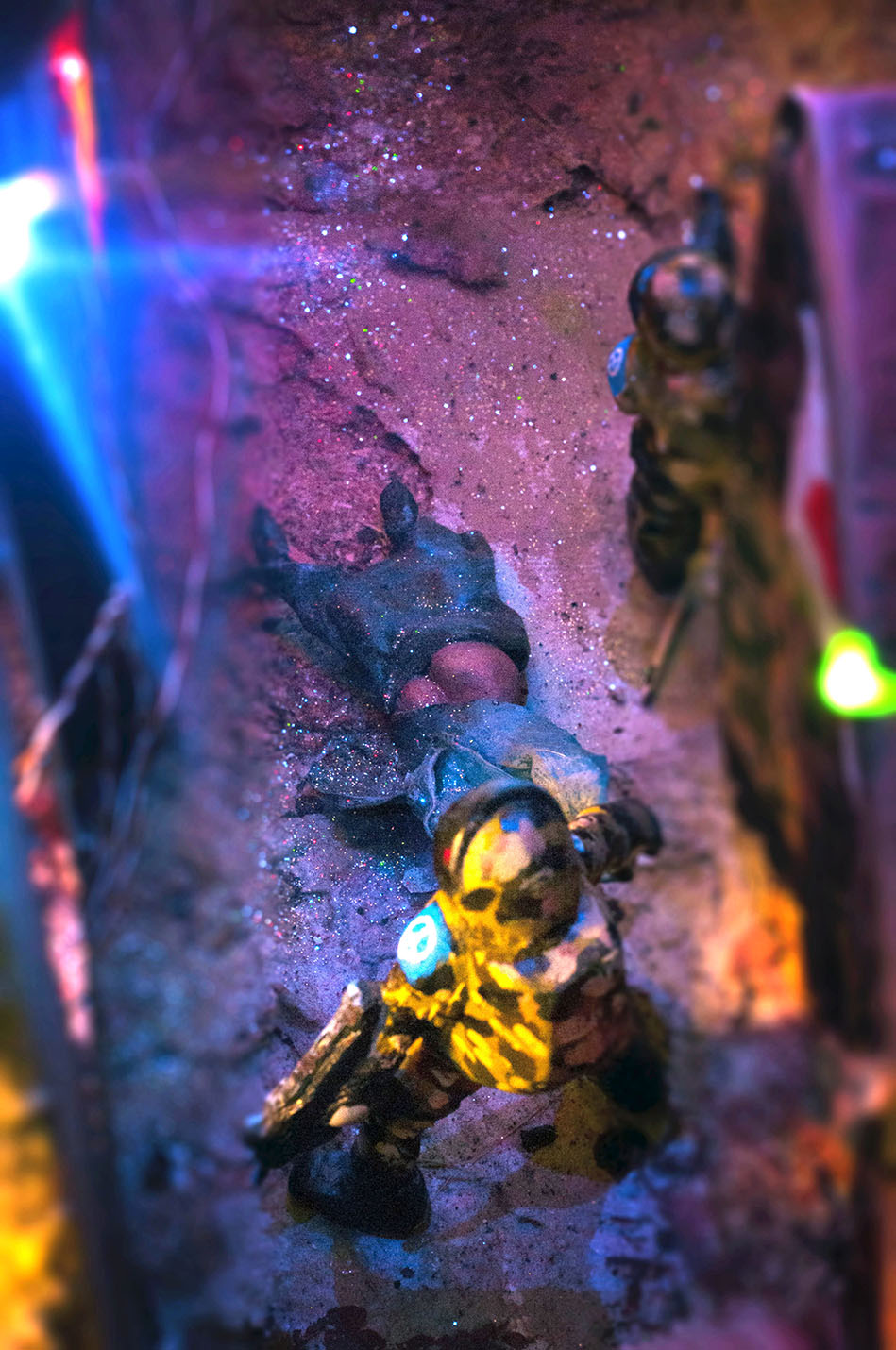 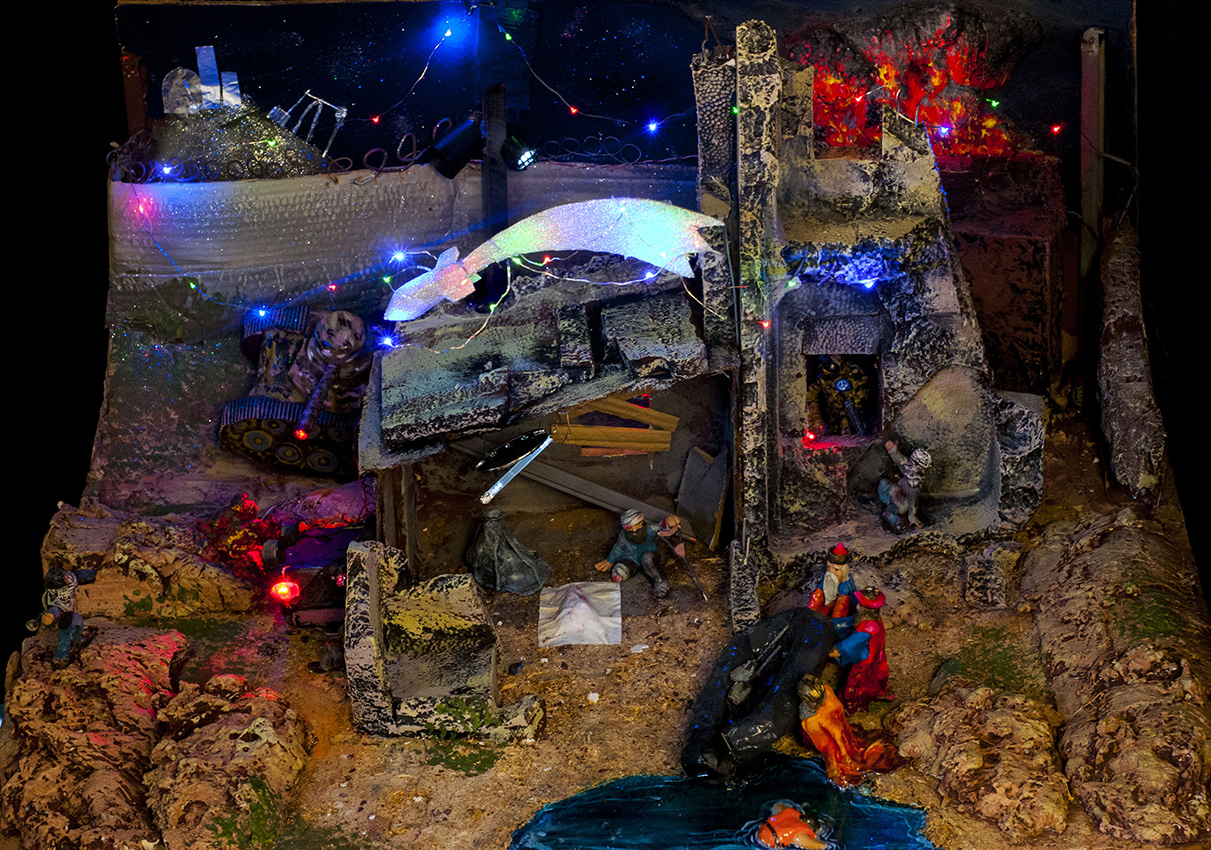 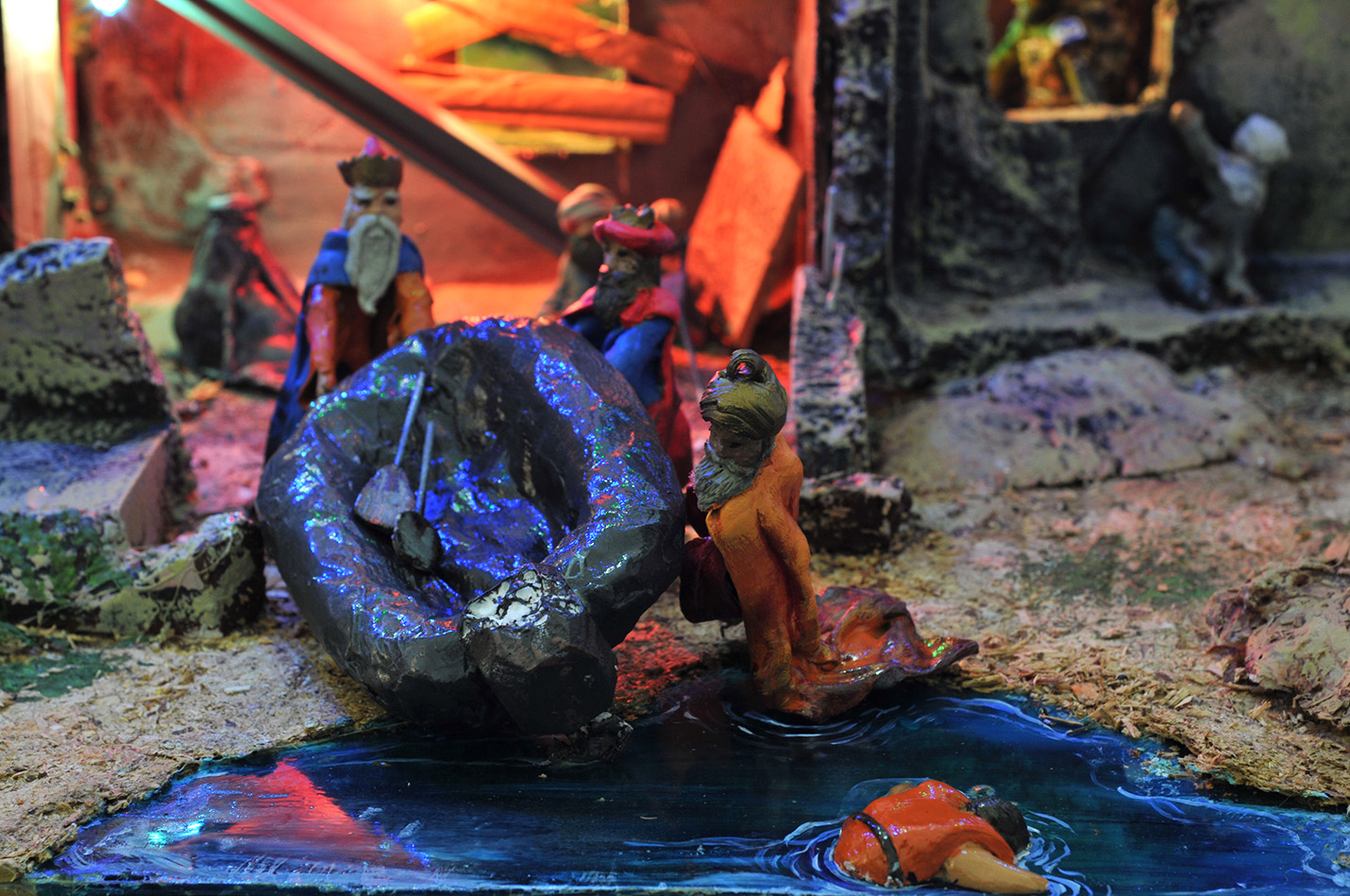 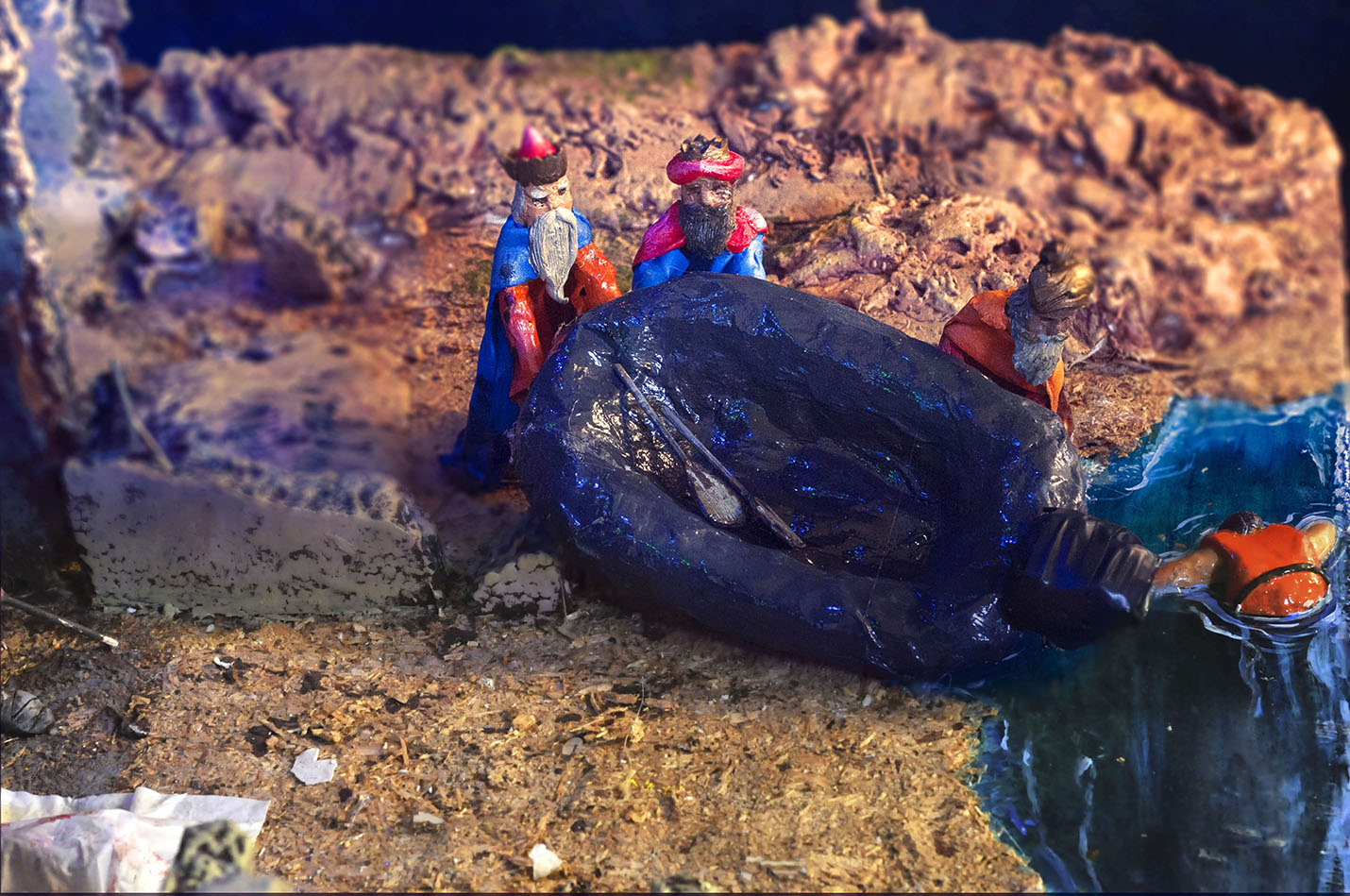